Over the years, Duesenberg Guitars has joined forces with several projects and charities in hopes of truly making a difference in the lives of people and giving back to mother nature. Helping to provide additional medical research to those in need and to assist people who are struggling through illnesses. Providing simple needs such as food and shelter to the most vulnerable on our streets. And the joy in providing canine companions to people struggling through depression and loneliness.

We at Duesenberg Guitars encourage our customers to also make an impact in their communities and or support one of the charities listed below to make today a better place for someone in need. 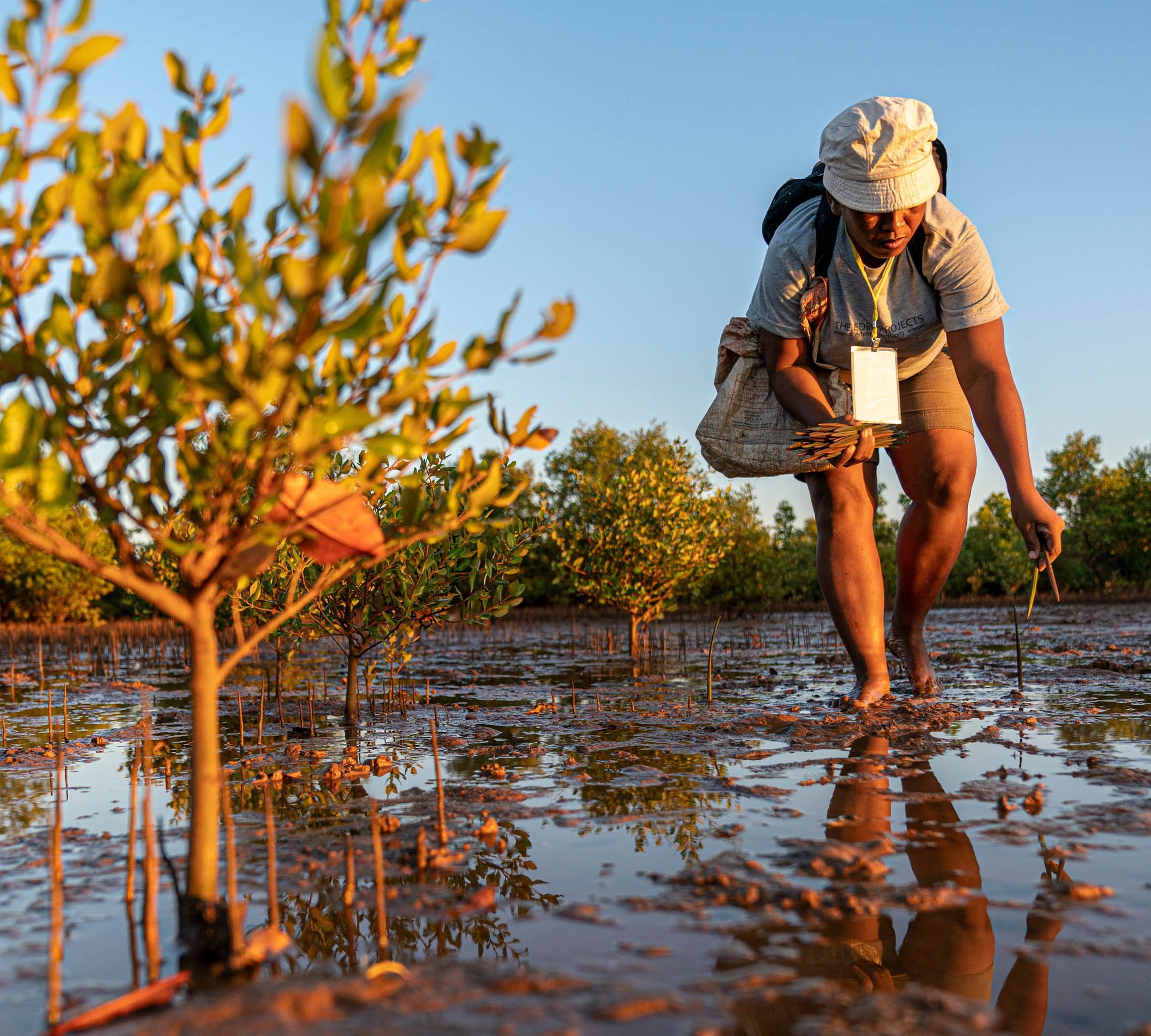 Traditionally, the most important material used to build guitars has always been wood. To give back some of the raw material that has become part of the Duesenberg story over the years, we are participating in the Eden Reforestation project, which is reforesting thousands of hectares of forest in northwestern Madagascar.

Since many years Duesenberg Guitars has been funding the planting of 30,000 mangrove trees annually. As a result, flooding and erosion in the soil have largely come to a stop and the underground aquifers can be replenished. As a result, ecologically healthy forest systems are being created here, which are now being managed responsibly and sustainably and not only provide a new home for many wild animals, but also create new jobs for the people in this area. 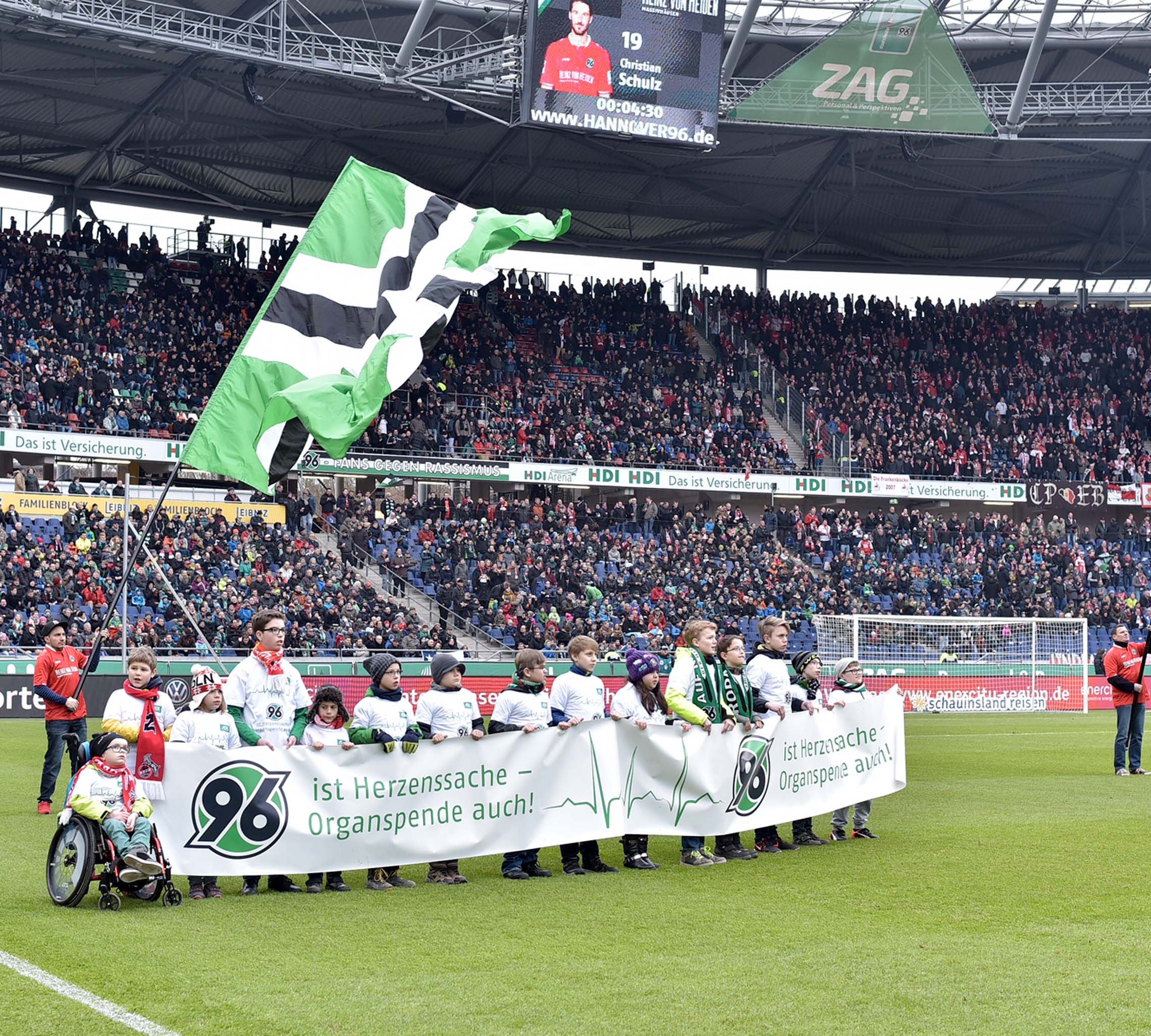 SELF-HELP FOR CHILDREN AND YOUNG PEOPLE WITH KIDNEY DISEASE E.V.

The goal of the association, founded in 1988, is the exchange of experiences of parents of children and adolescents suffering from kidney disease as an important form of coping with the disease in everyday life. The association wants to help with its offers to ease the psychological burden of the sick children and their relatives.

Duesenberg Guitars has already supported the "Self-Help for Children and Adolescents with Kidney Disease" on several occasions. In December 2017, for example, several packages of ten autographed CDs of well-known musicians were auctioned off for the benefit of the association. In the same period, a Duesenberg Starplayer TV 96 Custom Edition was donated to the soccer team Hannover 96, which auctioned this instrument and was able to donate a high five-figure sum to the "kidney children", in German: „Nierenkinder“. 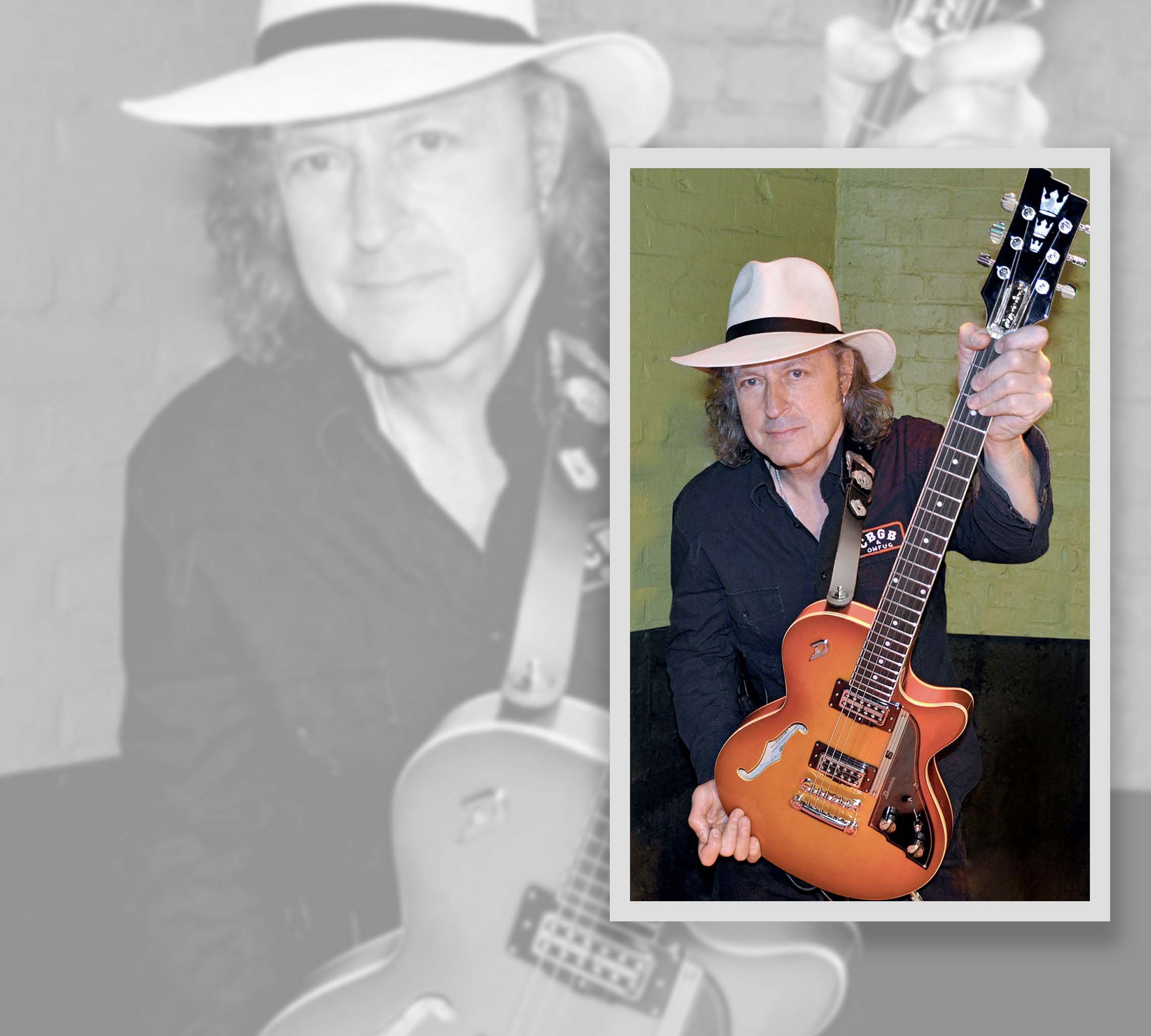 Uganda has been at war for more than 20 years. Approximately 30,000 children have been kidnapped by rebel leader Joseph Kony during this time and forced to participate in the war as child soldiers. Others became victims of attacks by his guerrilla organization LRA "Lords Resistance Army". The inconceivable extent of the cruelty inflicted on these children can hardly be put into words. The "Rebound" project in northern Uganda, conceived and organized by World Vision Deutschland e.V., BAP singer Wolfgang Niedecken and outdoor outfitter Jack Wolfskin, is committed to helping these abused and traumatized children and young people with the aim of resocializing them and reintegrating them into society. With a mixture of professional education, "life skills training" (hygiene, nutrition, general education, etc.) and psychosocial support for processing the war experiences, the aim is to enable them to find their way into an independent existence and a future with prospects.

In cooperation with Wolfgang Niedecken, the Duesenberg special model "Starplayer TV Rebound" was created, the prototype of which Wolfgang played on a tour and auctioned off immediately afterwards. 100% of the proceeds went to the Rebound project. In addition, part of the proceeds from the sale of the Duesenberg „Starplayer TV Rebound“ goes directly to World Vision Deutschland e.V. and thus also to Project Rebound. 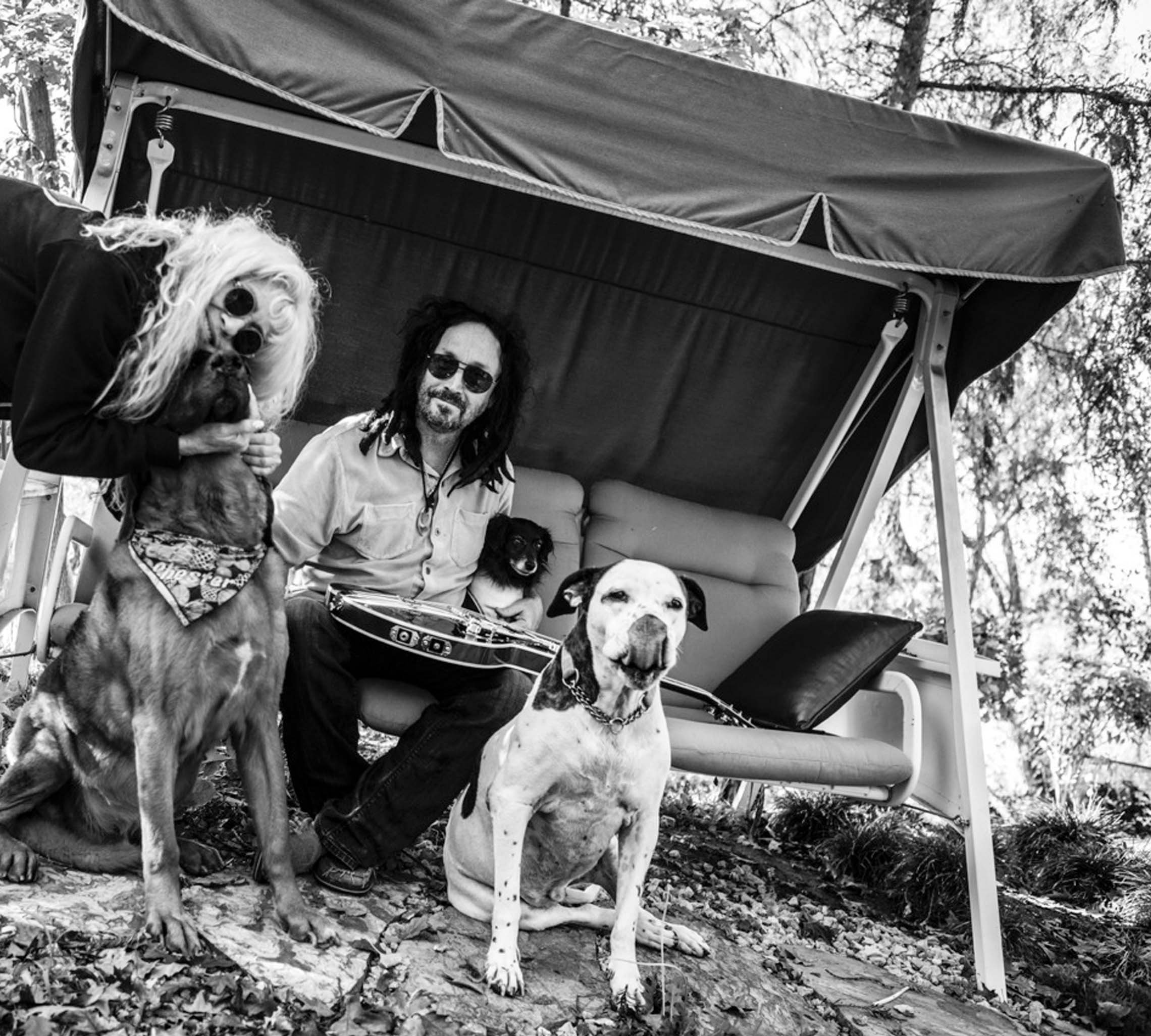 Tazzy Animal Rescue Fund is a California based non profit organization founded in 2005. Their goal is to offer old or sick dogs a comfortable retirement no matter how much time they have left, and to offer services that will allow people to keep these pets in their homes rather than having to put them down or relinquish them to an animal shelter.

Anybody, who appreciates the goals that Tazzy has set forth and wants to contribute to the organization can do so through the website www.tazzyfund.com 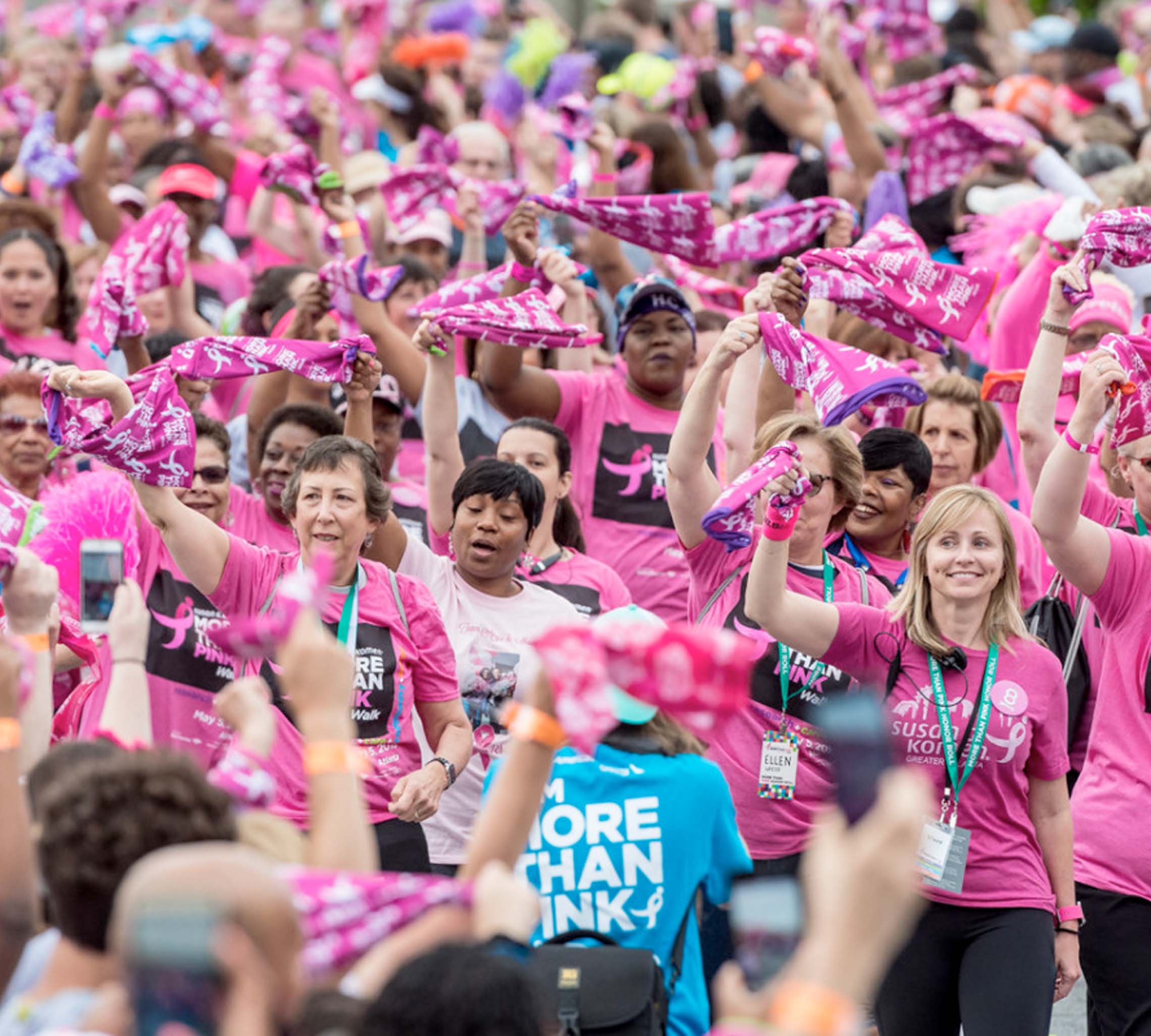 Susan G. Komen is an organization that deals with the everyday life of women with breast cancer and their families. It is also investing in research into the prevention and treatment of breast cancer.

In 1980, Nancy G. Brinker promised her dying sister, Susan, that she would do everything in her power to end breast cancer forever. In 1982, that promise became the Susan G. Komen® organization and the beginning of a global movement. What was started with $200 and a shoebox full of potential donor names has now grown into the world’s largest nonprofit source of funding for the fight against breast cancer. 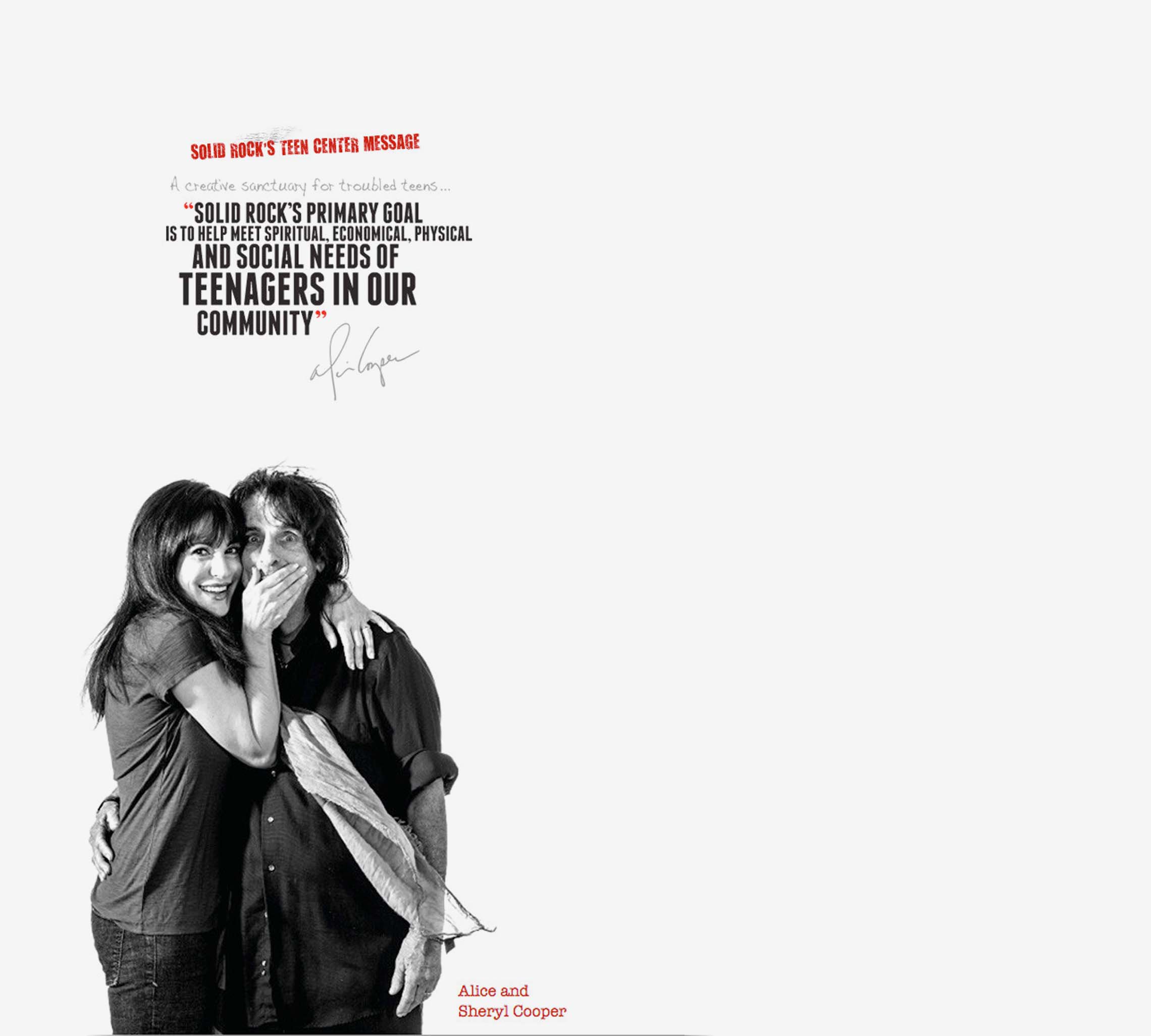 Shock-rocker Alice Cooper has lost his heart to young people - especially to those who grew up at a disadvantage of all kinds. Based on the fact that above all a renewed confidence in oneself and a concrete goal in life is a meaningful basis for the future of all young people, Alice and his comrades-in-arms have developed a programme that wants to inspire young people between the ages of 12 and 20 to grow personally through music, dance and art. Solid Rock offers professional training in sound and recording techniques, lighting and staging, video production, a fully equipped computer lab and a cool place where young people can exchange ideas with their peers.

In a time when public schools are cutting funding for music, dance and art, Solid Rock wants to teach the love of art to inspire young people and encourage them to reach their full potential. 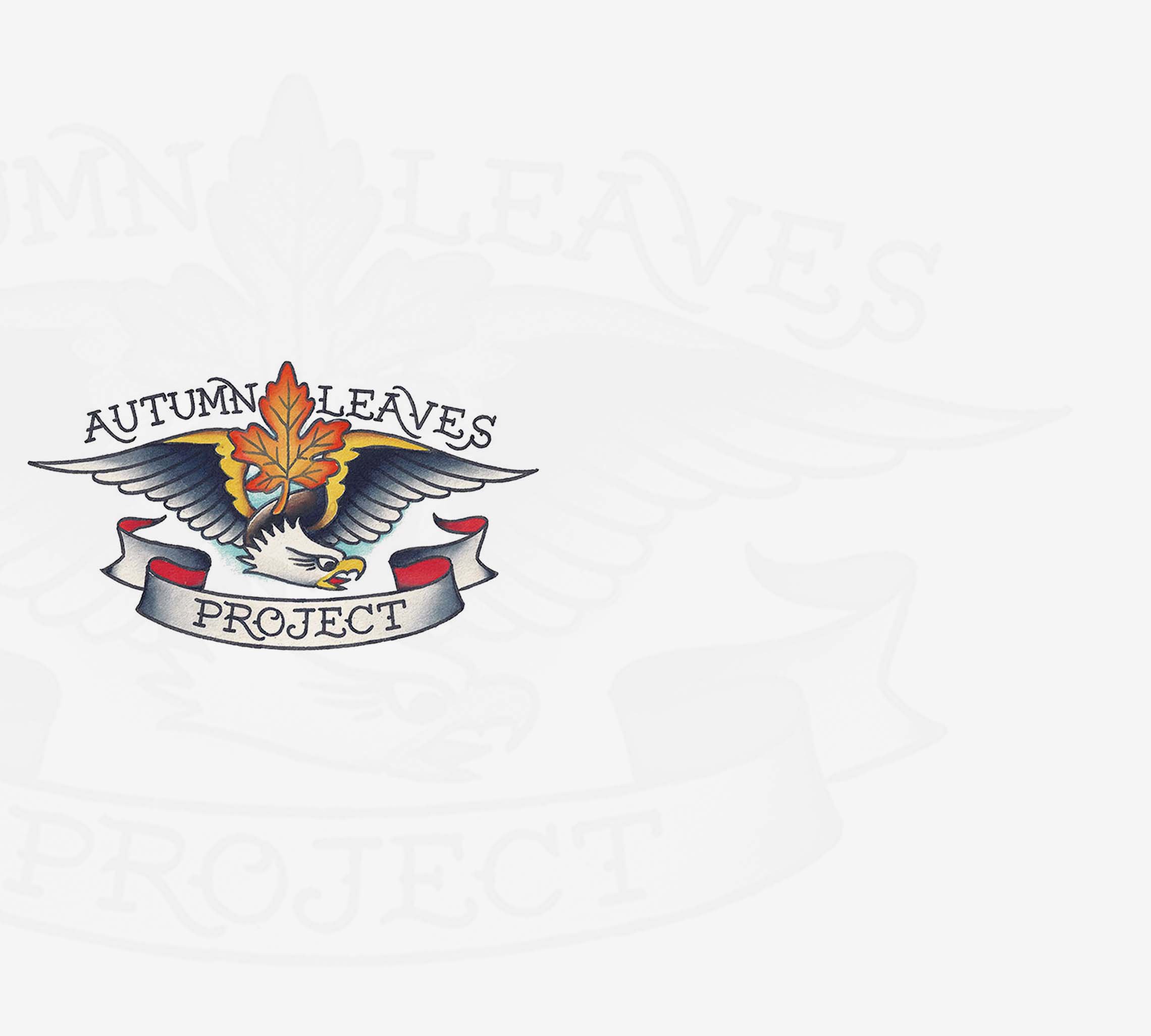 In August 2013, Butch Walker's father Willard was diagnosed with pancreatic cancer - 24 hours before his death. Butch then founded the Autumn Leaves Project to do everything to improve the quality of life of people suffering from pancreatic cancer. 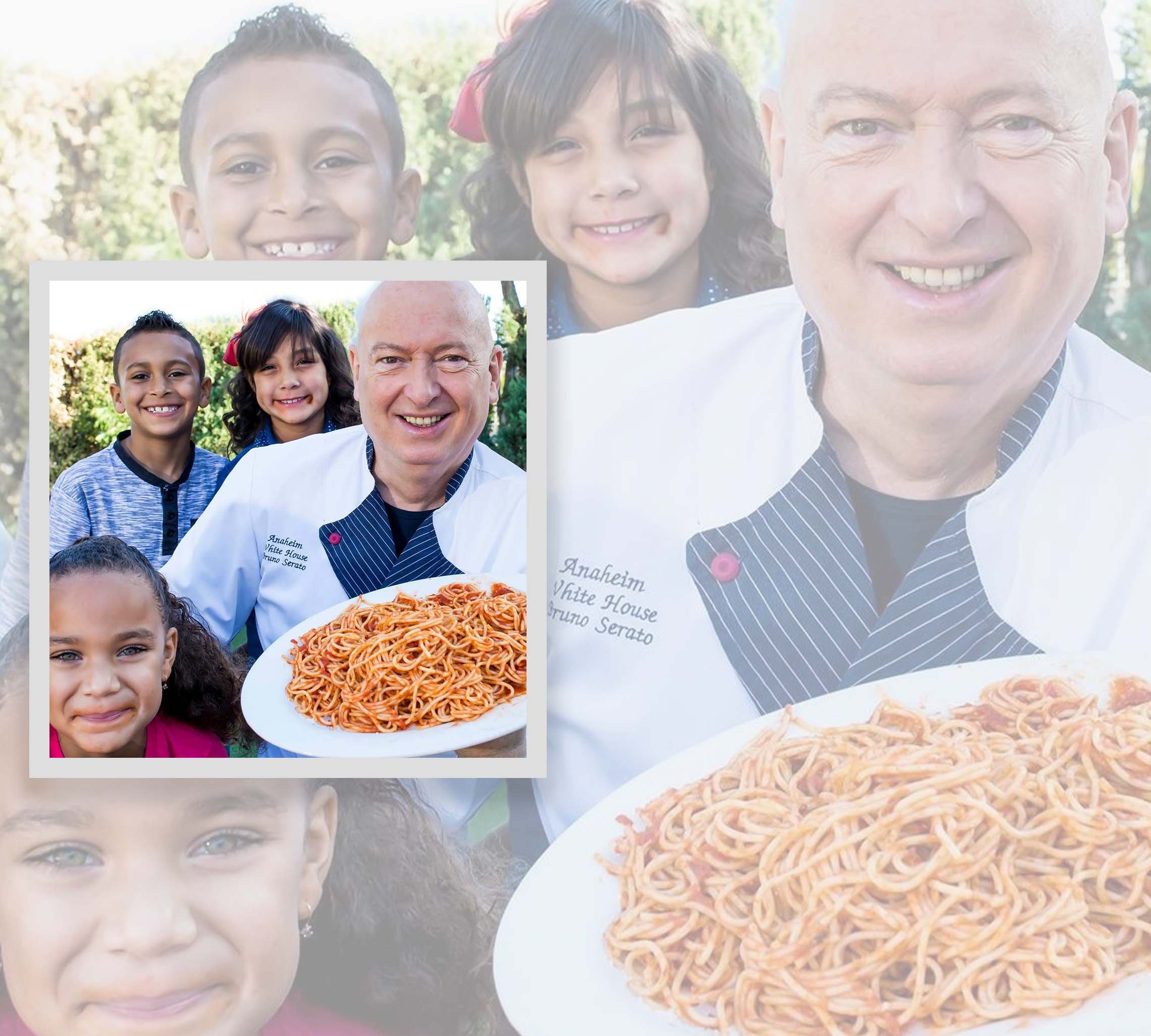 Caterina's Club's mission is to support homeless and low-income families in Southern California through regular hot meals, affordable housing and placement of apprenticeships. 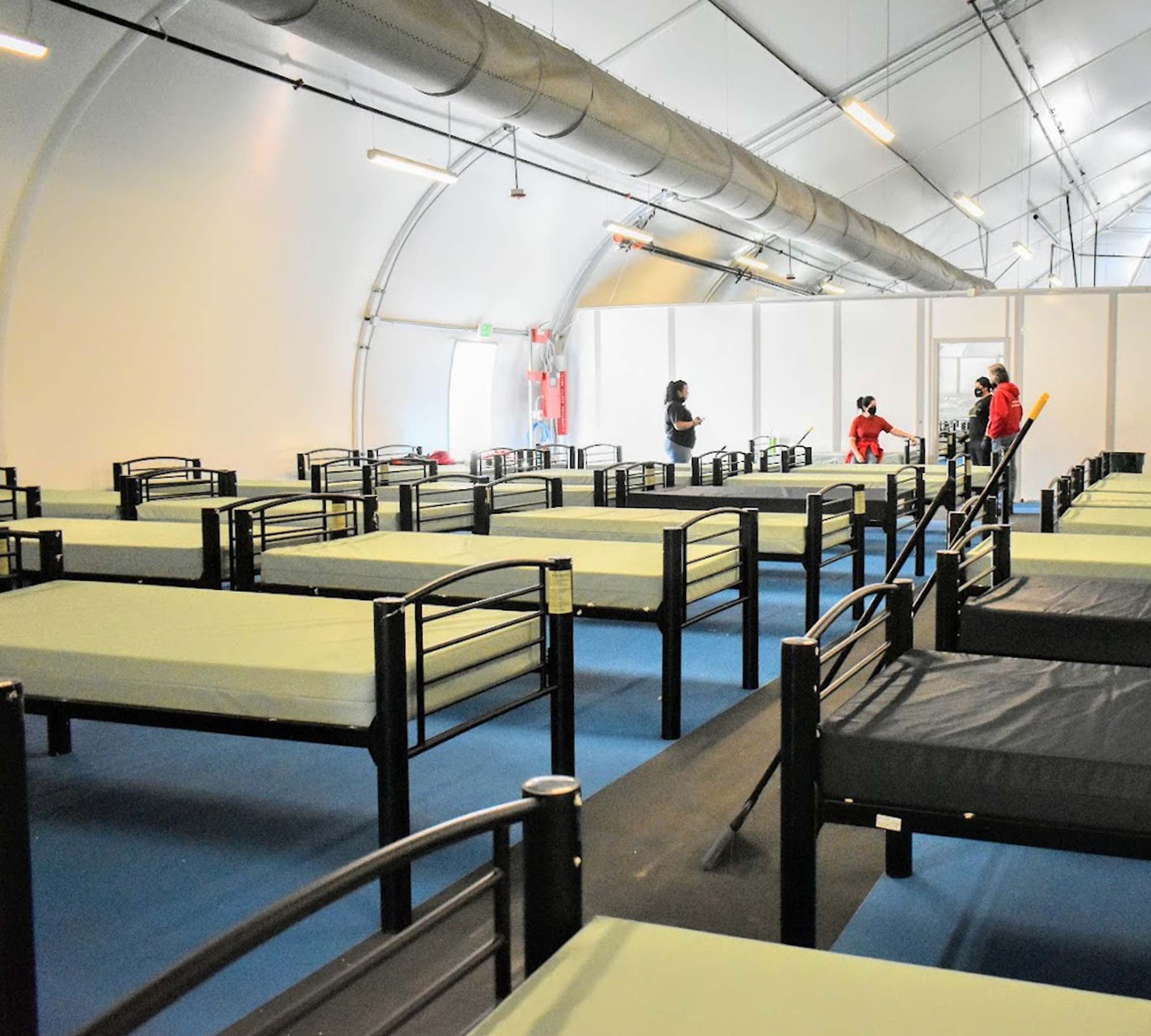 Mercy House offers housing and comprehensive support to many homeless people - including families, adult men and women, mothers and their children, HIV/AIDS patients, drug addicts who want to overcome their disease, and physically and mentally disabled people. The Mercy House mission is to live up to the dignity of the individual, and the organization's goal is to free everyone who is cared for by Mercy House from the cycle of homelessness and to integrate them into a state care system. 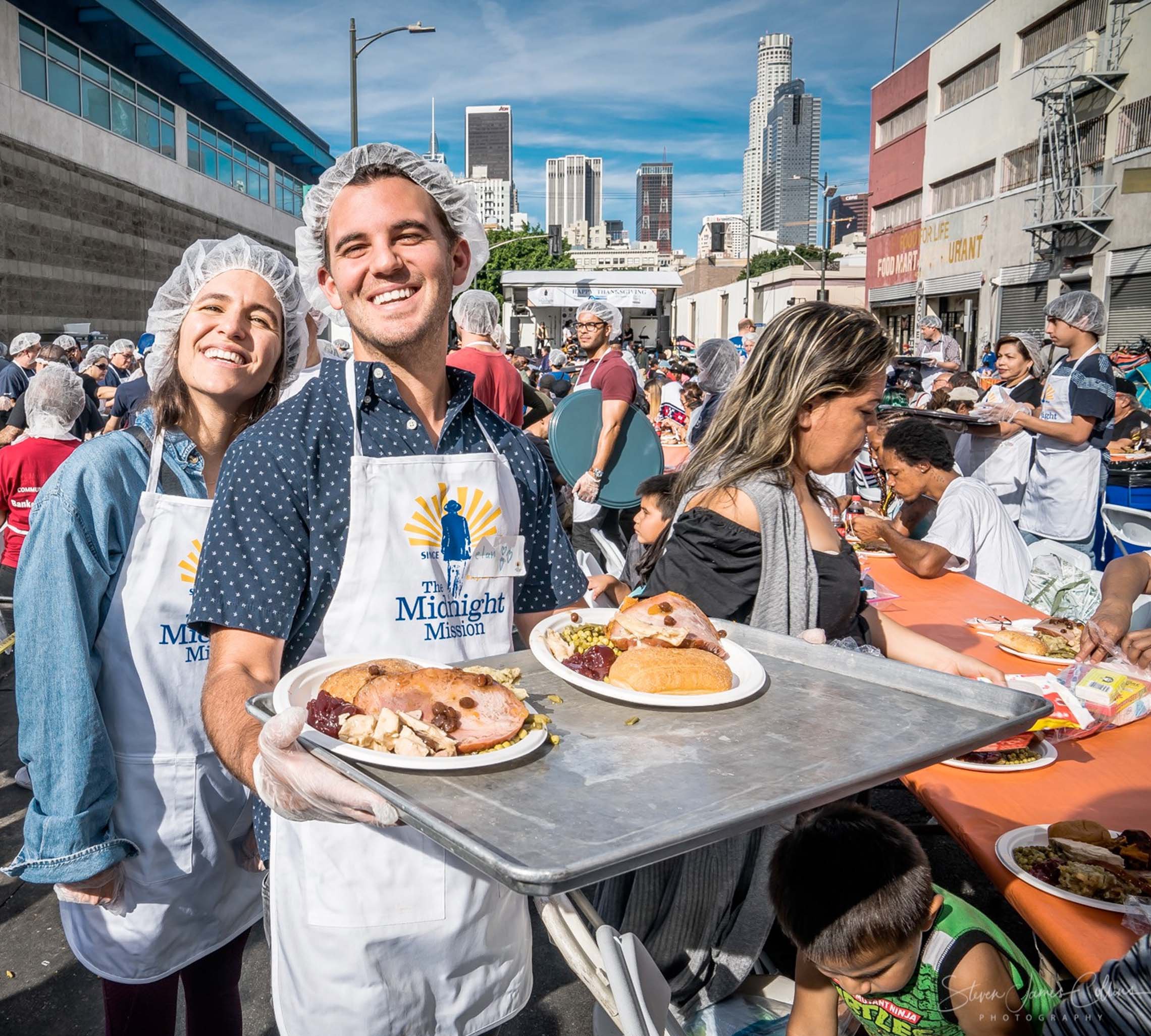 For more than 100 years, the Midnight Mission, founded in 1914, has offered people who have lost their orientation in life a path to social rehabilitation and an independent life. Over the years, Midnight Mission has not only established a variety of permanently accessible emergency services, but has also developed various 12-stage social reintegration programs that help supposedly failed homeless people lead healthy, productive lives. 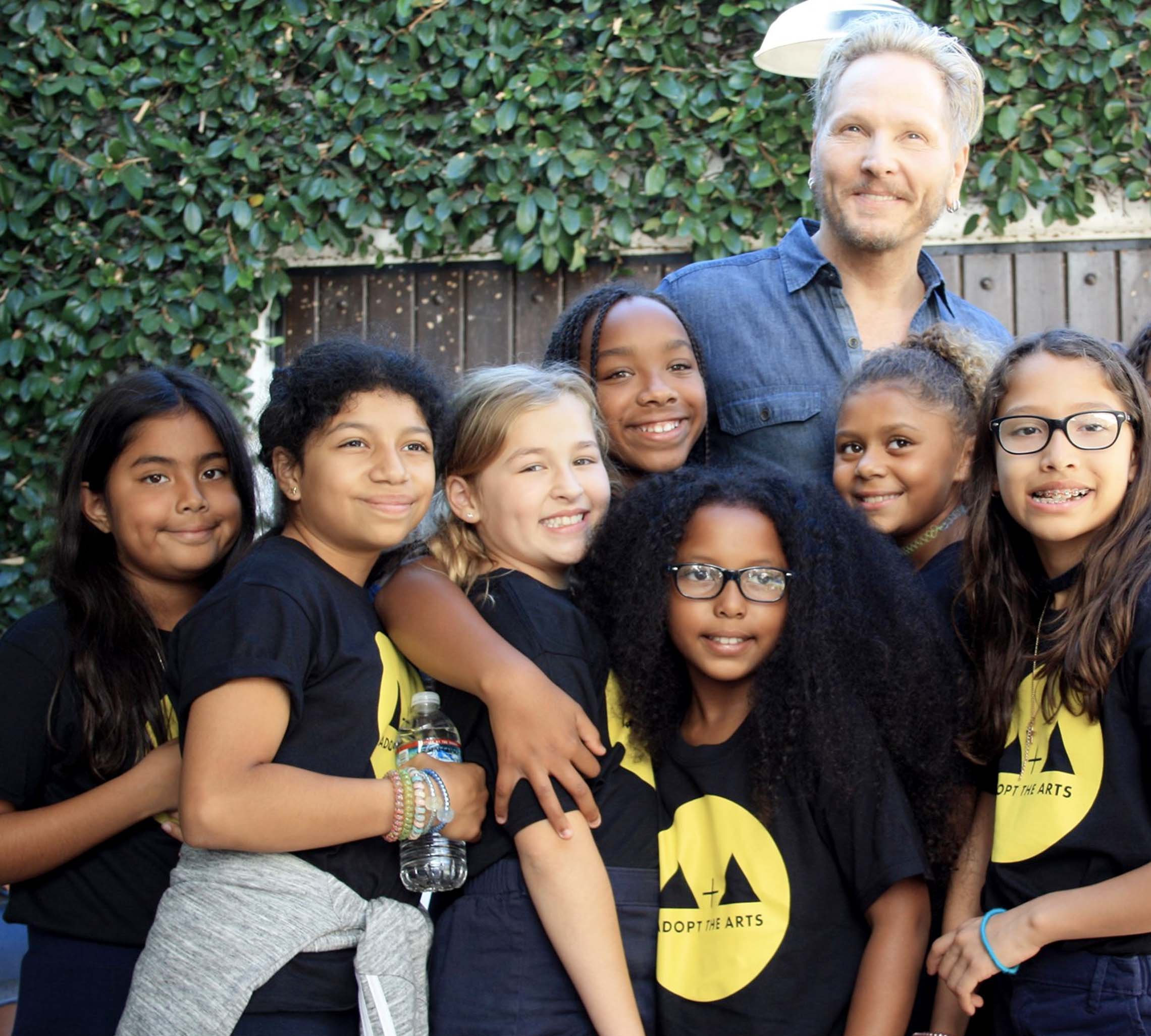 The Adopt the Arts Foundation (ATA) brings together well-known artists, public figures, entrepreneurs, politicians and the general public to save art and music in America's public schools. Co-founded by Matt Sorum, drummer of Guns'n Roses and others, the staff of ATA are convinced that it is morally and ethically necessary to promote the creativity, dreams, hopes and ideas of children. In addition, ATA not only provides for monetary donations, but also for donations of instruments and brings rock stars to the schools who speak to students and make music together with them. 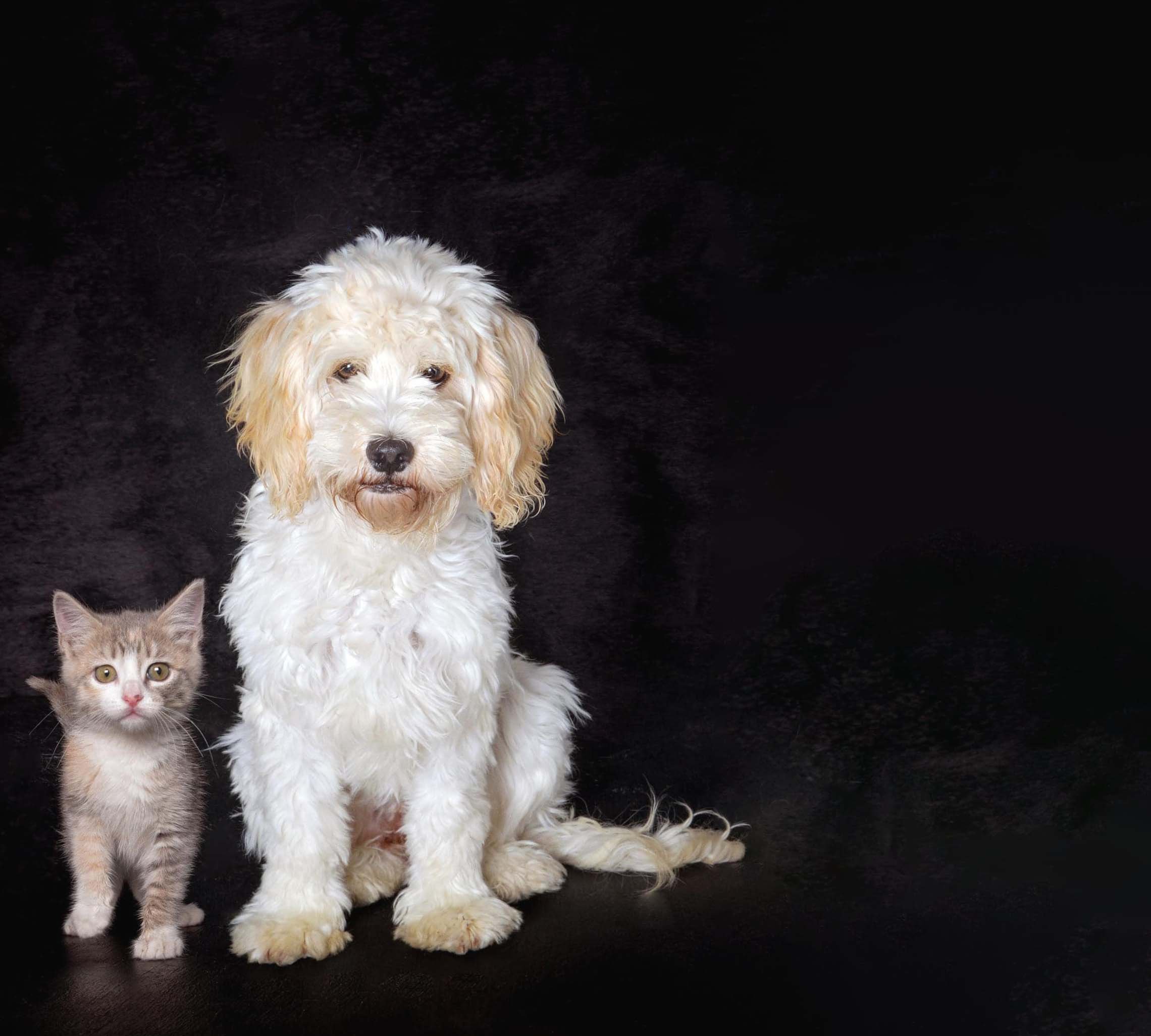 Pet Orphans is a non-profit organization dedicated to the welfare of pets, the fight against animal overpopulation and the need for animal euthanasia. For more than 40 years Pet Orphans has been rescuing animals from unreasonable conditions and placing them with animal-loving people. The organisation also provides medical and financial assistance, training and advice to promote responsible pet ownership and reduce animal abuse. 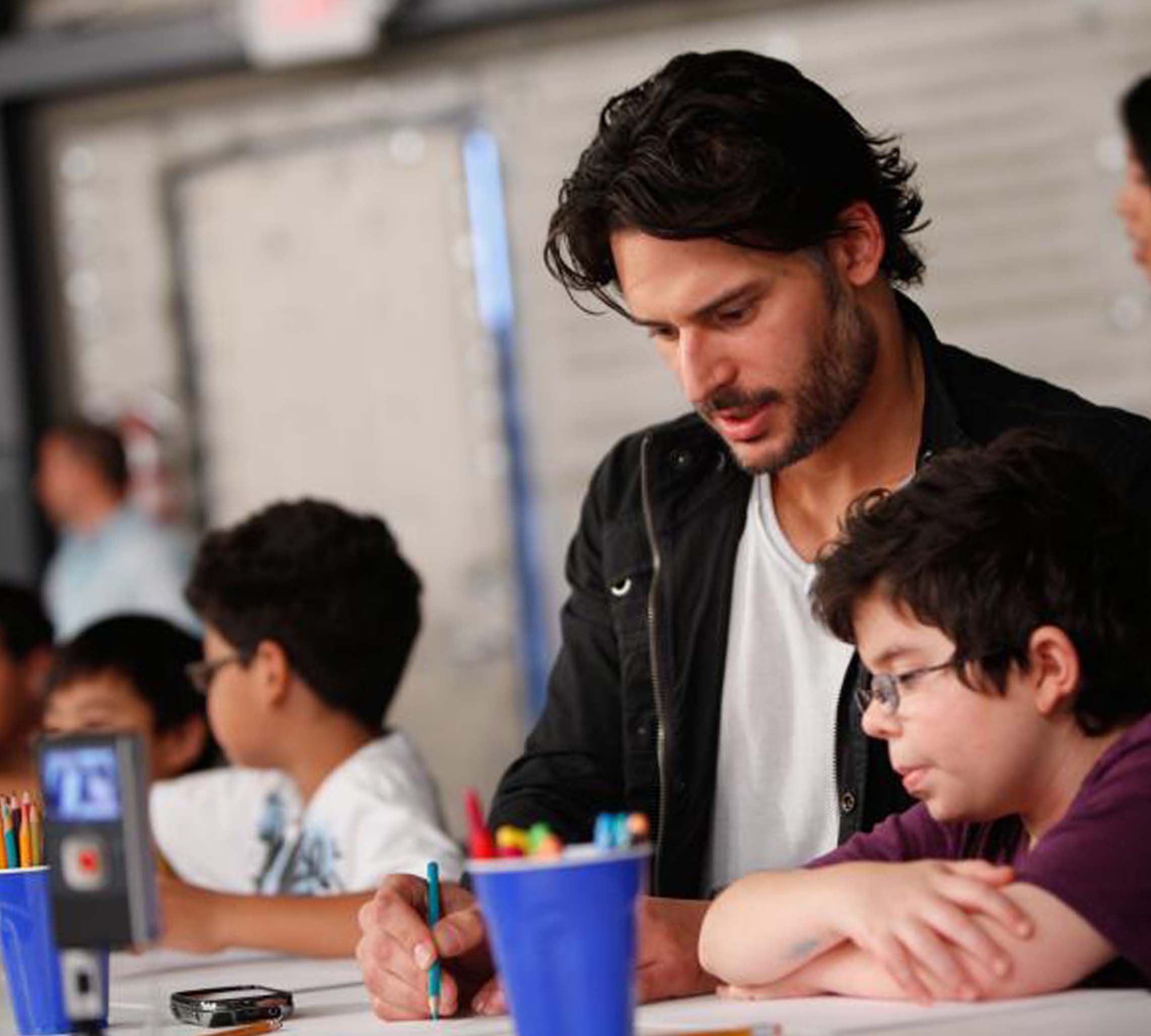 The Art of Elysium

The founders of Art of Elysium take the approach of using art as a catalyst for social change. For example, young, up-and-coming artists are inspired to share their creativity with people in need in a variety of meaningful ways. To this end, The Art of Elysium brings artists together with people in difficult situations such as illness, hospitalization, expulsion, childbirth and/or other personal crisis to help them address the issues through art. 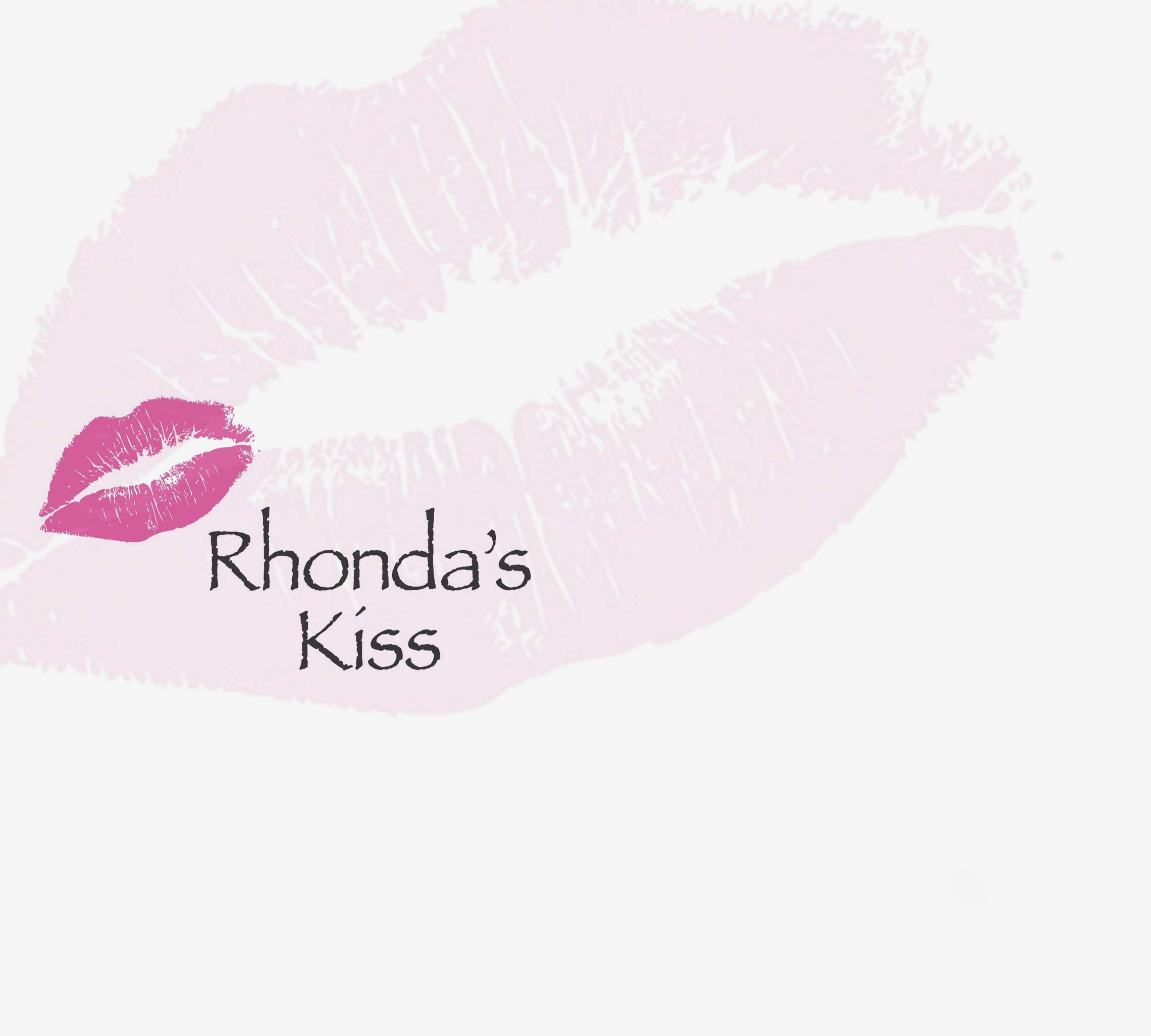 In 2014, Rhonda Stefanski was diagnosed with stage IV pancreatic carcinoma. Although Rhonda lost her fight against cancer in November of the same year, she left Rhonda´s Kiss, her organization that takes care of the needs of cancer patients away from medical treatment, to posterity. Rhonda's Kiss helps above all financially - e.g. with the costs for rent, wigs, oncology massages, transports to and from treatment centers, as well as all other unexpected costs which can arise with a holistic care of the patients. 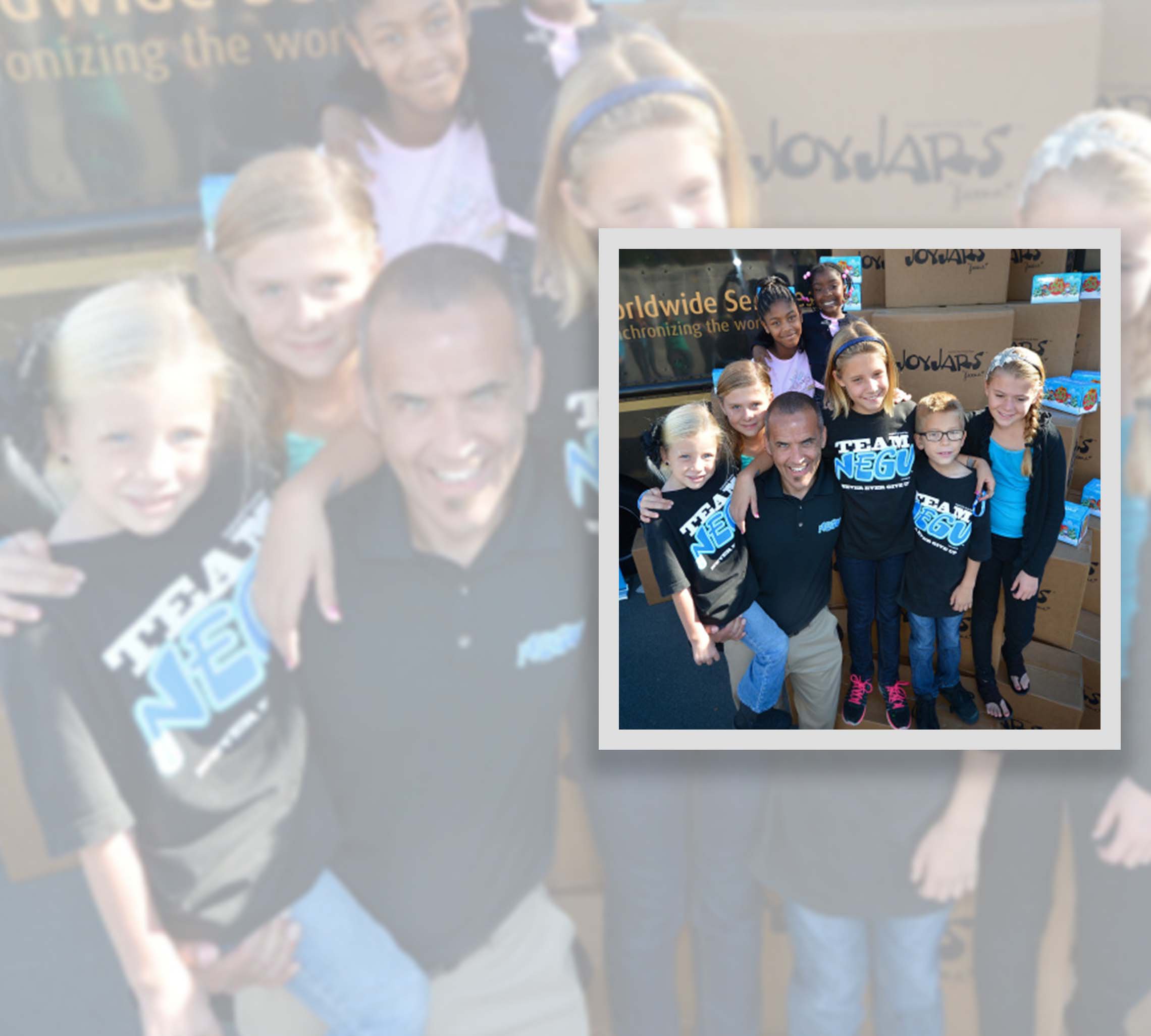 The mission of the Jessie Rees Foundation is to ensure that every member of a family affected by childhood cancer receives the objective and emotional support and resources they need to never give up the fight against cancer. NEGU, an acronym for "Never Ever Give Up," was Jessie Ree's message that the 12-year-old shared with as many people as possible in her fight against her own cancer. NEGU has become an international symbol of hope for young and old.

(Go back to front page)